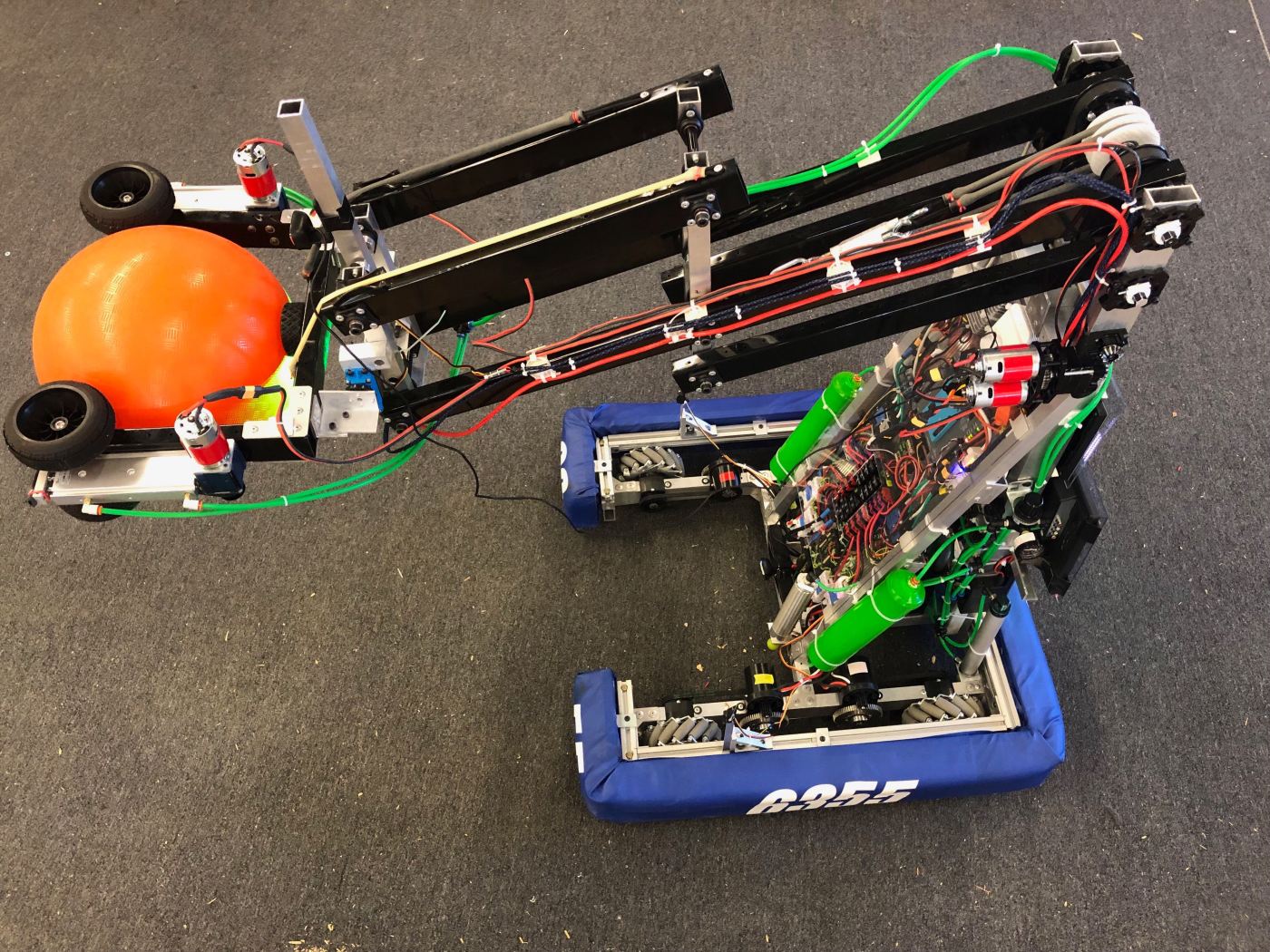 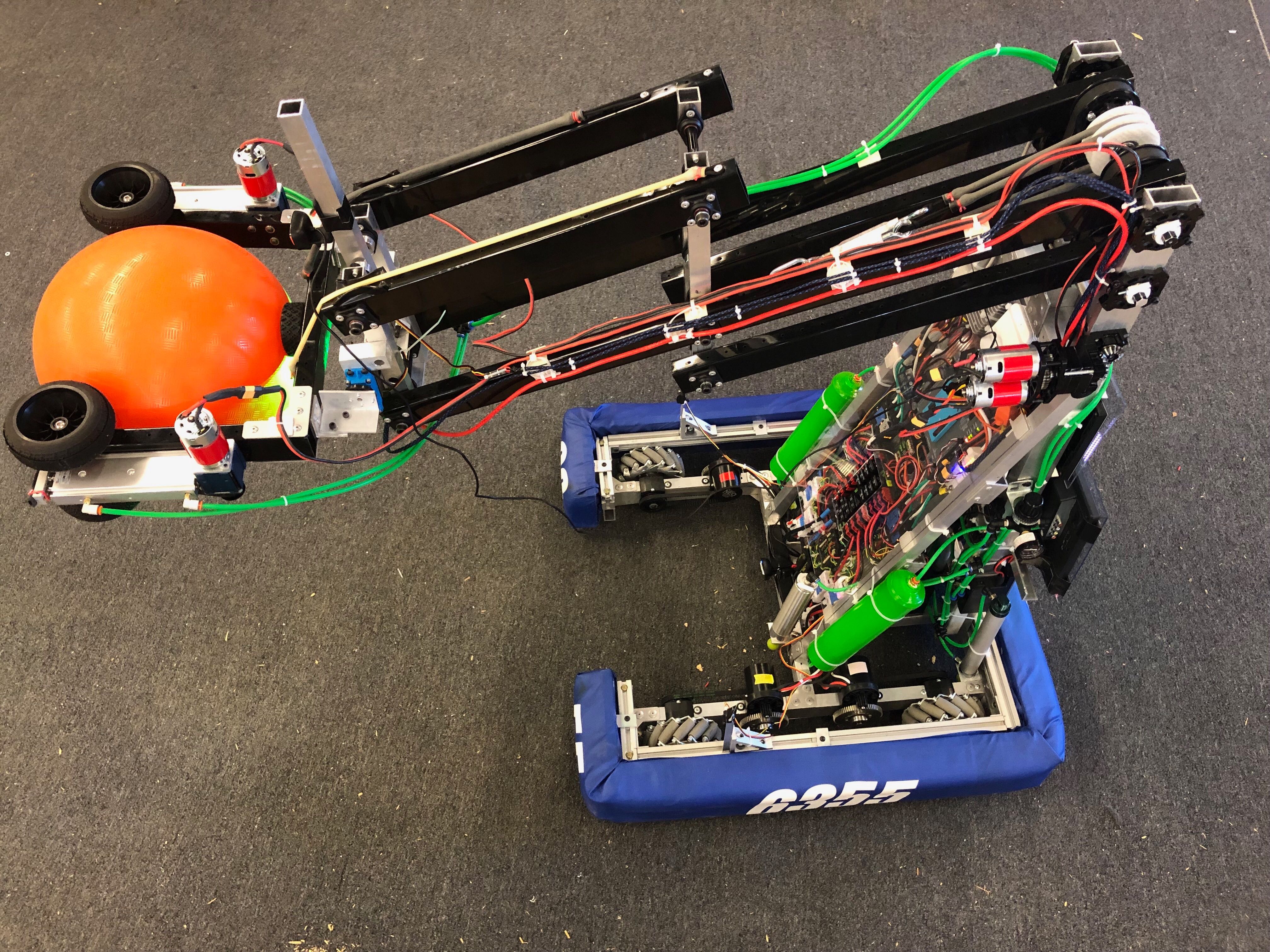 Team 6355 Robots Over Parma is in it’s third year of competition.  The team has grown in size and capability and for Deep Space, their robot really reflects their tremendous growth.  This year’s robot, “Diane”, features a well-balance Mecanum drive system powered by 4 brushless DC motors.  Combined with its lightweight west coast style aluminum base construction, Fluffy is fast, responsive, and very maneuverable.   6355’s build philosophy for Deep Space was to create a robot that could score anywhere on the field – low or high, cargo or hatch. To accomplish this, Diane features am amazing lightweight arm constructed of polycarbonate and aluminum tubing.  The arm is capable of grabbing hatches from the delivery station or picking up balls in tight corners.  With a total range of more than 7 feet, the arm’s six-bar linkage construction gives it unique advantages for offense or defense.  On the end of the arm, an articulating wrist allows the robot to use it’s shooting algorithm to place cargo from near or far.  The wrist also features an elegant system for hatch pickup with dual purpose collection wheels that allow Diane to make a fast positive pickup of cargo or to grab a hatch with it’s forward Velcro-covered surface.  Topping the wrist off are dual pneumatic “kickers” that assure a positive engagement of the hatch with the target on release.  The arm, with all that functionality, weighs less than 30 lbs and is driven from the shoulder by twin Redline motors turning a 1,000:1 ratio gear box.  6355’s control system is every bit as good as its mechanical design with the robot incorporating 30 sensors including a vision system that is used to target cargo scoring.  Returning this year is the Digital Twin monitoring system improved and expanded over last year’s innovation along with twin LED displays that honor the team’s sponsors and make it a visually stunning display.  Finally, Diane has dual pneumatic base lifters that allow it to reliably and quickly climb to level 2 on the hab.  The robot was completed early and has undergone extensive testing and upgrades from its original concept but remains faithful to the design the team brainstormed on day one of the competition year.  Thanks to our coaches, Diane Sadowski, Melody Sadowski-Buca, Herb Schilling, Calvin, Brian, Mike McKenna for their help in making this year possible.